It is extremely rare to come across a castle in the Southern Hemisphere, unless a highfalutin individual has built one for their family home. But in Dunedin, William Larnach did just that. This example of medieval beauty, built in 1871, stands tall on the Otago Peninsula. Unsurprisingly, William Larnach called his castle “Larnach Castle”. Architecture and eponymy were William’s thing, apparently.

History (and the castle brochure) explains that William Larnach was an Australian banker who relocated to Dunedin in 1867 to take up a manager position with the Bank of Otago. Romantically, Larnach is said to have built this castle for his first wife, Eliza. (In my case, I’m still waiting for my castle… Steve?). That aside, Larnach ensured the castle was fitted with the best materials the world could provide at the time, and as such it took many years for the castle to be completed and furnished to his high standard.

Proceeding Larnach’s ownership, the castle was an interesting place. Not only was it possibly the world’s fanciest mental institution in 1906, nuns also used it as a holiday retreat. From 1918 however, the empty castle fell to wrack and ruin. But the Barker family, who purchased the castle in 1967, restored Larnach Castle to its former 1800s glory. Walking through the castle, I was transported back in time and felt that perhaps a ballgown would be more appropriate than my jeans and thongs/jandals. I was very tempted to sashay my way around the opulent rooms, but to the other visitors delight, I refrained.

Wandering through the castle, I became privy to a former era and enjoyed viewing the glamourous boudoirs, primitive but stylish bathrooms and the MANY reception rooms (I’m not sure I know enough people to fill all those spaces). At the top of tower, spectacular views abound of the castle grounds, Otago Peninsula and Dunedin’s cityscape.

Back on the ground, there is literally acres of well-manicured gardens that were created, and still managed, by Margaret Barker. Imagine topiary gardens, green arches, daunting stone statues, colourful flower displays and winding pathways through a lush green landscape. I even practiced my most Queenly stare from the comfort of a large throne (and no, the throne wasn’t the toilet). 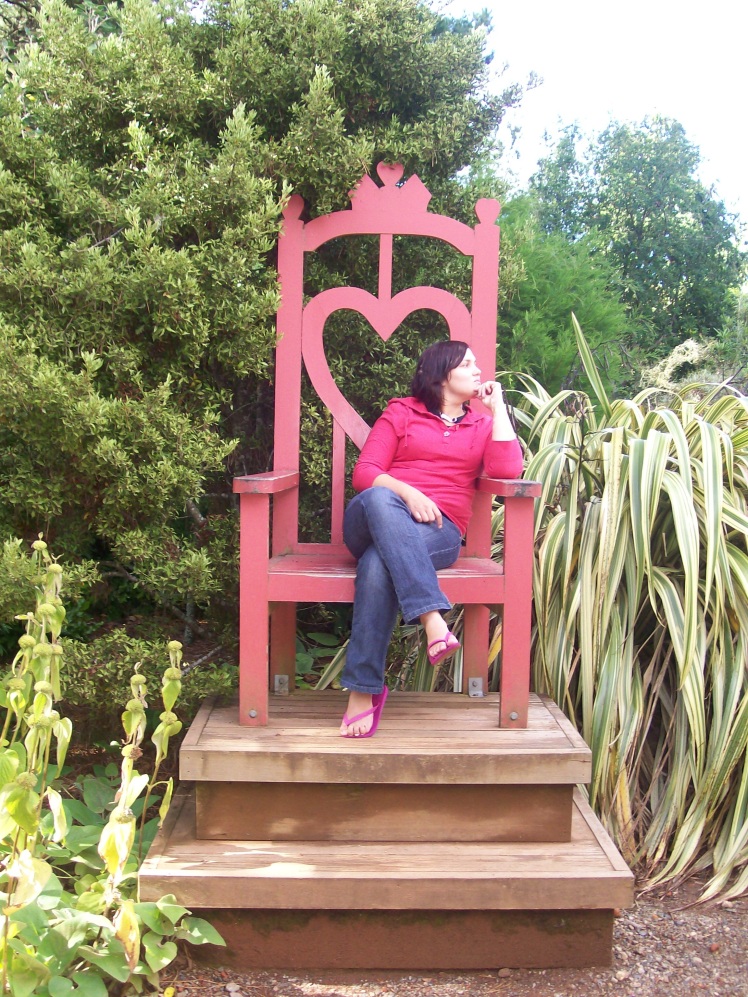 The visit to Larnach Castle was educational and insightful but left me wishing there were more highfalutin individuals in the world willing to build castles. Steve?